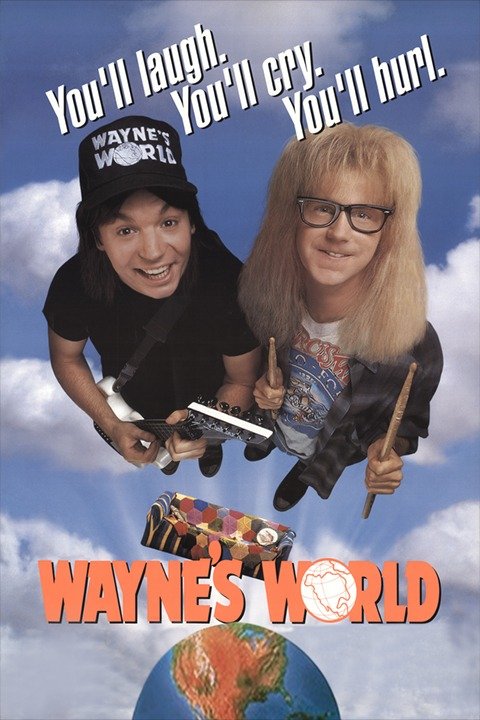 It’s party time and we have excellent midnight screenings of Wayne’s World and its sequel, Wayne’s World 2, on back to back nights – July 29th and 30th.

It’s all part of NICE, a fest, which takes over Davis Square July 28th-31st. Your festival wristband is your ticket to these screenings. If you’re NOT attending the festival, you can purchase tickets for the films.

Wayne’s World (released 30 years ago!) is the big screen spin-off of the “Saturday Night Live” skit featuring Mike Myers and Dana Carvey. Rob Lowe plays a producer that wants to take the public access “Wayne’s World” to the world of commercial television. Wayne (Myers) and Garth (Carvey) battle to save their show and Wayne’s girlfriend.