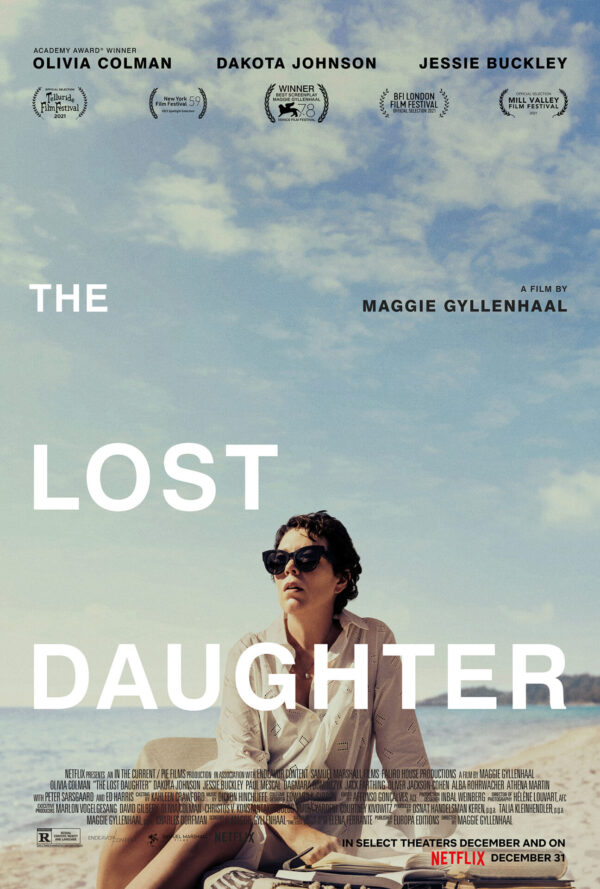 A college professor confronts her unsettling past after meeting a woman and her young daughter while on vacation in Greece. Her obsession with them prompts memories of her early motherhood.

Based on the Elena Ferrante novel of the same name, The Lost Daughter is written and directed by Maggie Gyllenhaal in her feature directorial debut. It stars Olivia Colman, Jessie Buckley, Dakota Johnson, Ed Harris, and Peter Sarsgaard.