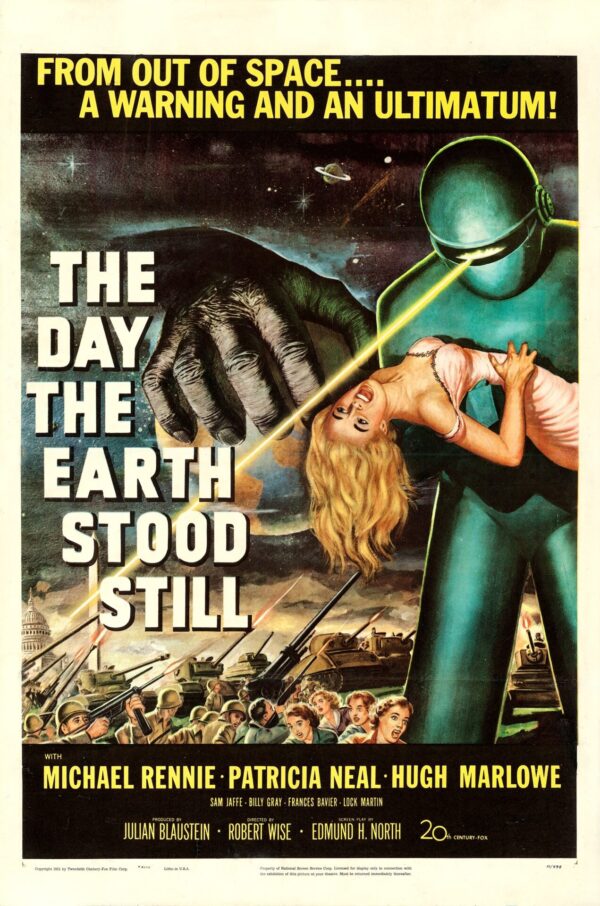 The Day the Earth Stood Still (1951) was one of the first films out of the gate in the long cycle of 1950s American science fiction films. Film historians consider it to be one of the most influential and noteworthy films of the time.

When a UFO lands in Washington, D.C., bearing a message for Earth’s leaders, all of humanity stands still. Klaatu has come on behalf of alien life who have been watching Cold War-era nuclear proliferation on Earth. But it is Klaatu’s soft-spoken robot Gort that presents a more immediate threat to onlookers. A mother and her son teach the world about peace and tolerance in this moral fable, ousting the tanks and soldiers that greet the alien’s arrival.