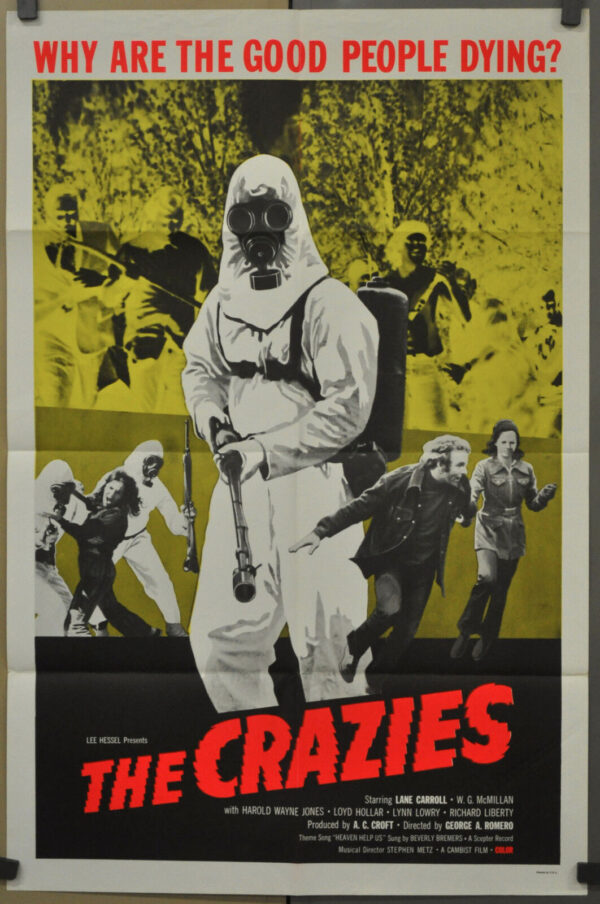 George A. Romero’s The Crazies stars Lane Carroll, Will McMillan, and Harold Wayne Jones as residents of a small American town that accidentally become afflicted by a military biological weapon. The Crazies was a box office failure upon release, but has since become a cult film.

This film is playing on 35mm as part of Julia Marchese’s Halloween Hullabaloo 2: Electric Boogaloo.