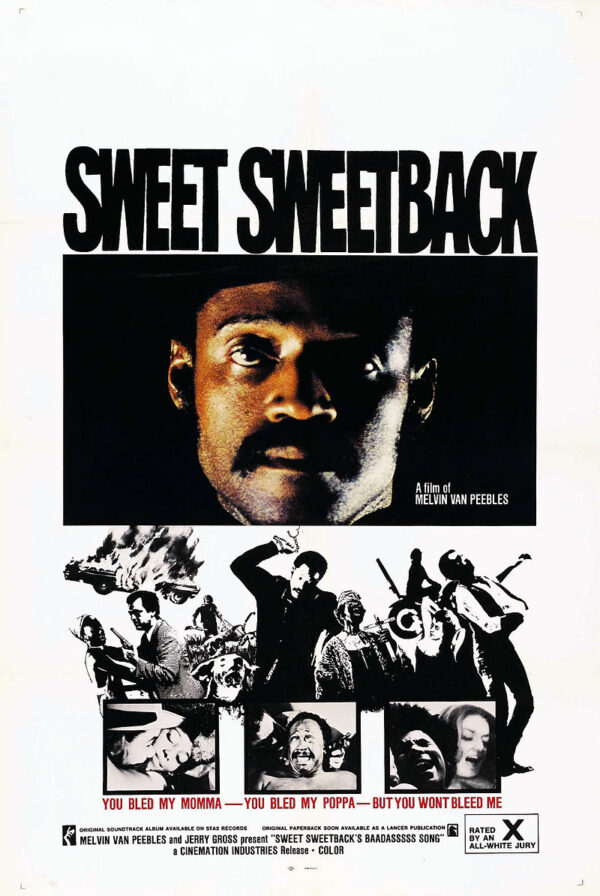 Sweet Sweetback’s Baadasssss Song is a 1971 blaxploitation film that has left a lasting impression on American cinema.  Written, co-produced, scored, edited, directed by, and starring Melvin Van Peebles, it tells the story of an orphan who grows up in a brothel, is accused of a murder he didn’t commit, and becomes the target of a massive manhunt.

Van Peebles began to develop the film after being offered a three-picture contract for Columbia Pictures. No studio would finance the film, so Van Peebles funded it himself, shooting it independently over 19 days.

Sweet Sweetback’s Baadasssss Song is playing as part of a double feature with The Story of a Three Day Pass.