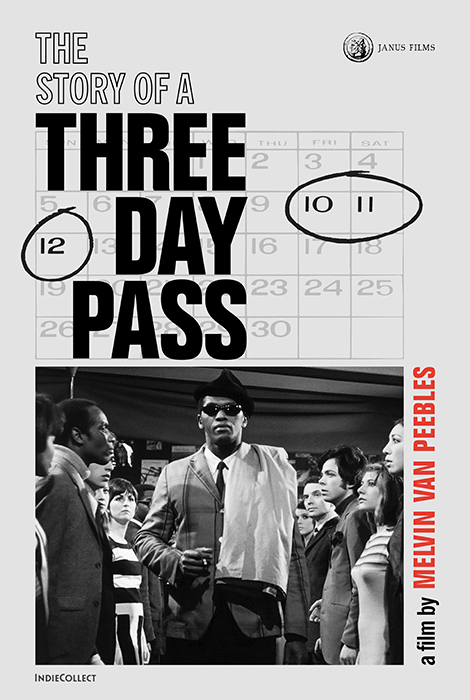 The Story of a Three-Day Pass is a 1967 film written and directed by Melvin Van Peebles, based on his French-language novel La Permission, starring Harry Baird as a Black American soldier who is given three days leave in Paris where he meets and begins a romance with a French woman.

Along with writing and directing the film, Van Peebles collaborated on its score with Mickey Baker and sings one of the two songs written for the film, “When My Number Gonna Hit”.

The Story of a Three-Day Pass is playing as part of a double feature with Sweet Sweetback’s Baadasssss Song.