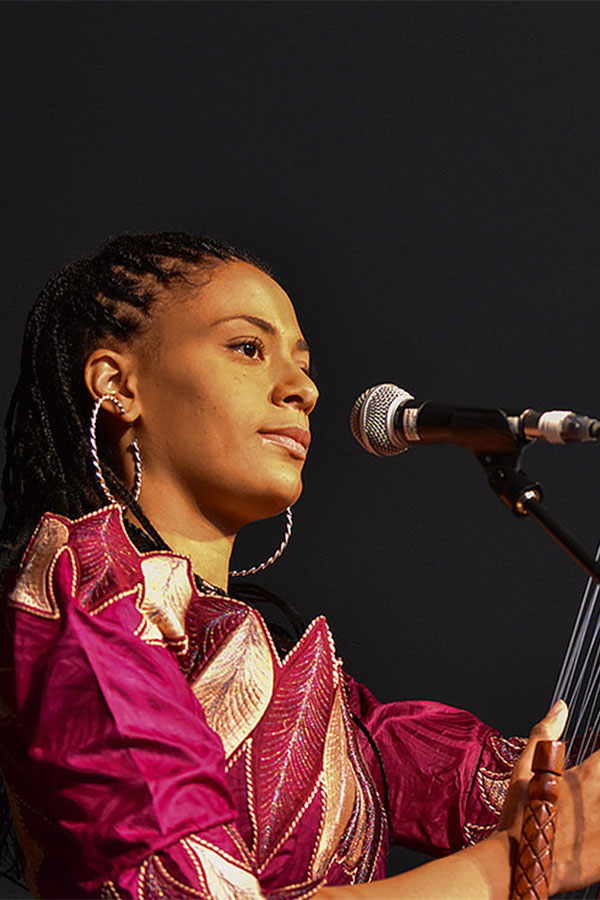 Born into a griot family from The Gambia that includes her legendary cousin, Toumani Diabaté, Sona Jobarteh is the first woman within the tradition to become a professional virtuoso on the kora, a West African stringed instrument. Effortlessly blending different musical styles, Jobarteh and her electric Afropop band play songs about cultural identity, gender, education, love, and respect.

Note: The Sona Jobarteh Band performance on 3/12 will be filmed and portions may be used in a future national television broadcast of 60 Minutes. By attending this performance, you consent to be potentially filmed.