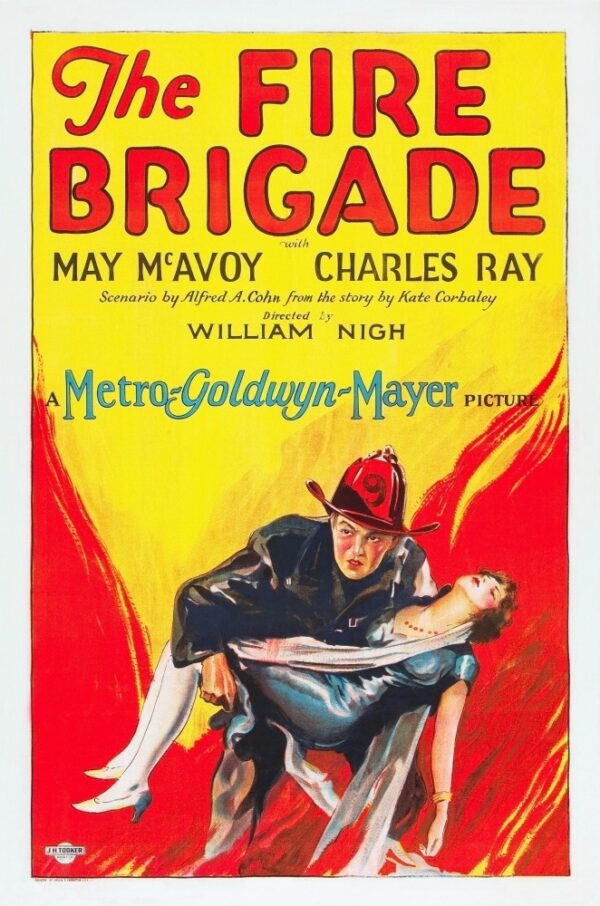 MGM’s 1926 blockbuster production stars Charles Ray as the youngest in a long line of fearless Irish American firefighters. Things get complicated when he falls in love with the daughter (May McEvoy) of a crooked building contractor. Spectacular fire sequences with hand-colored effects included in this recent Library of Congress restoration.