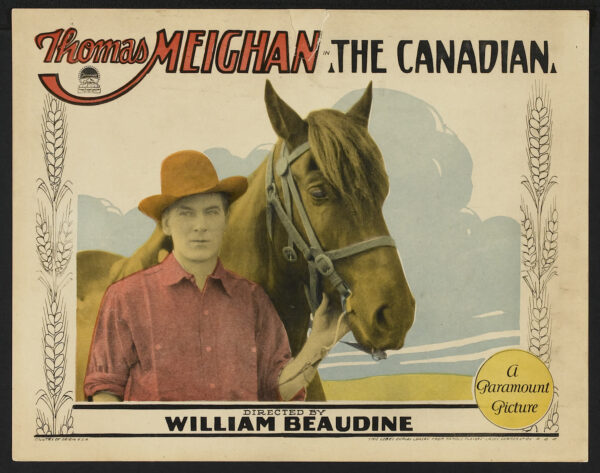 To mark “Canada Day” (July 1), we salute our neighbors with a double helping of vintage cinema set north of the border.

‘The Canadian‘ (1926) stars Thomas Meighan in the tale of a pioneering couple homesteading in Alberta, where they battle bad weather and financial woes.

It follows ‘Mantrap‘ (1926), where silent-era “It” girl Clara Bow stars in a battle-of-the-sexes comedy about a big city divorce lawyer hoping to get away from it all at a Canadian wilderness retreat.

These films are showing as part of our Silents, Please! repertory film series.