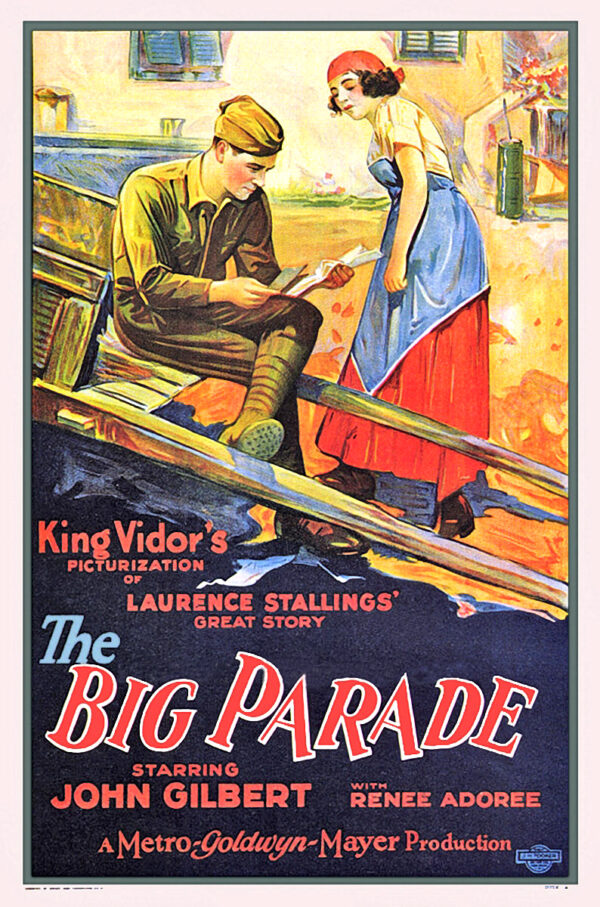 ‘The Big Parade‘ (1925) starring John Gilbert, Renée Adoree. We salute Veterans Day with this sweeping saga about U.S. doughboys signing up and shipping off to France in 1917, where they face experiences that will change their lives forever—if they return. MGM blockbuster directed by King Vidor; one of the biggest box office triumphs of the silent era.