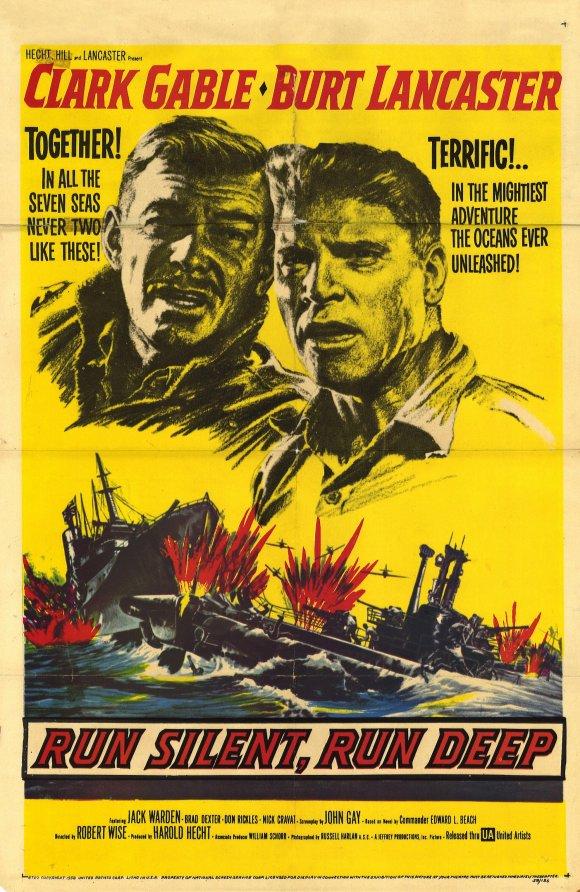 In this 1958 classic, Clark Gable plays the surviving captain of a submarine sunk by the Japanese during World War II. A year later he is given a chance to command another submarine. He seeks revenge against the destroyer responsible for sinking his previous vessel and soon finds himself at odds with his second-in-command (Burt Lancaster).

Run Silent, Run Deep is playing in 35mm with U-571 as part of our Submarine 35mm Double Feature.