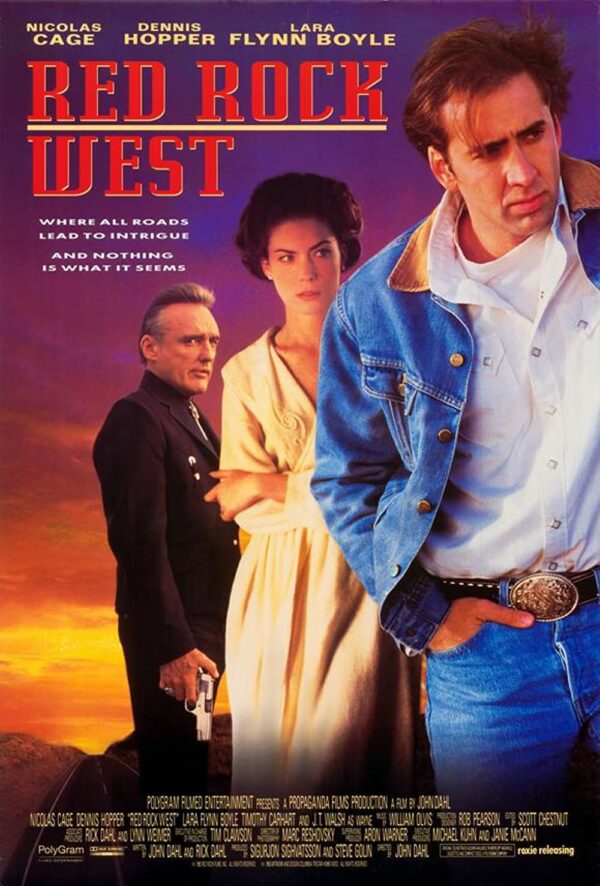 “A diabolical movie that exists sneakily between a western and a thriller, between a film noir and a black comedy.” – Roger Ebert

Unemployed ex-marine (Nicolas Cage) is mistaken for a hitman by a local by owner. Playing along, he takes the man’s money and tells the intended victim, the man’s wife, only to be asked to kill her husband instead. While weighing his options, the real killer (Dennis Hopper) turns up looking for his money.

Red Rock West is part of our FACE/OFF Series featuring films of John Travolta & Nicholas Cage each Tuesday night, through May 3rd’s screening of FACE/OFF.