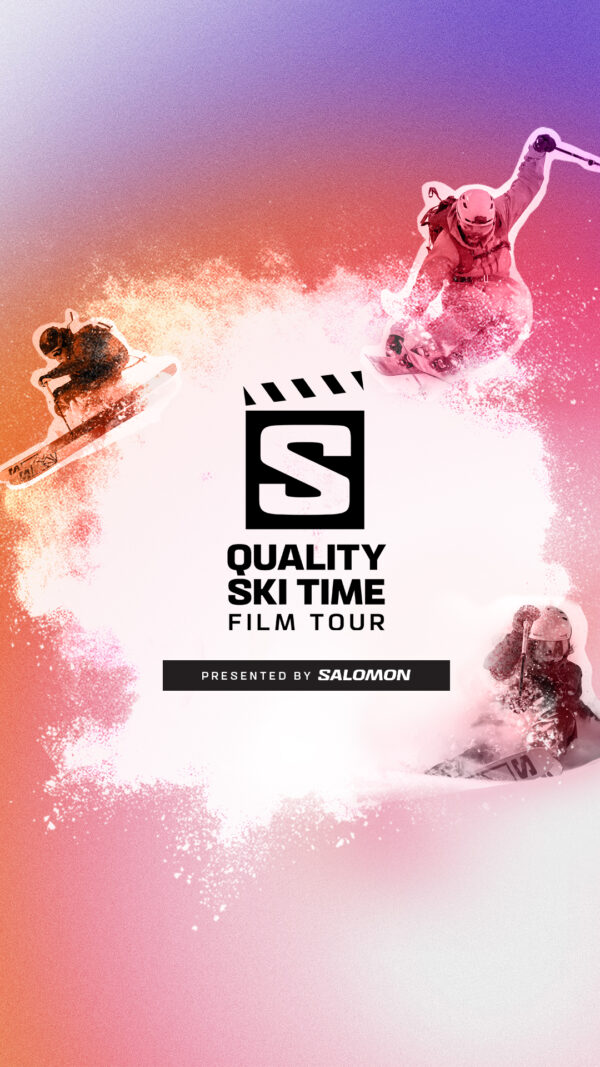 It’s time to get stoked for ski season. Yep, the Quality Ski Time Film Tour is back for year two, and we’re bringing you an all-new lineup of the greatest ski films of the year. We’ve got a little something for every skier: from a not-yet-released episode of The Fifty Project from Cody Townsend to the action-packed, powder-fueled Blank Collective movie, “Feel Real,” with a few more healthy doses of storytelling, inspiration, and shredding mixed in between.

You’ll have the chance to get posters signed by your favorite pro skiers and win copious gear giveaways from Salomon, OnX Backcountry, YETI and more sponsors. That’s right—you might be walking away with a brand new pair of skis at the end of the night.

*The lineup of films will be different at every show. Programming subject to change.

For other premiere locations across North America, more information about the Quality Ski Time Film Tour, and trailers of the films being shown, visit our page on Salomon.com.