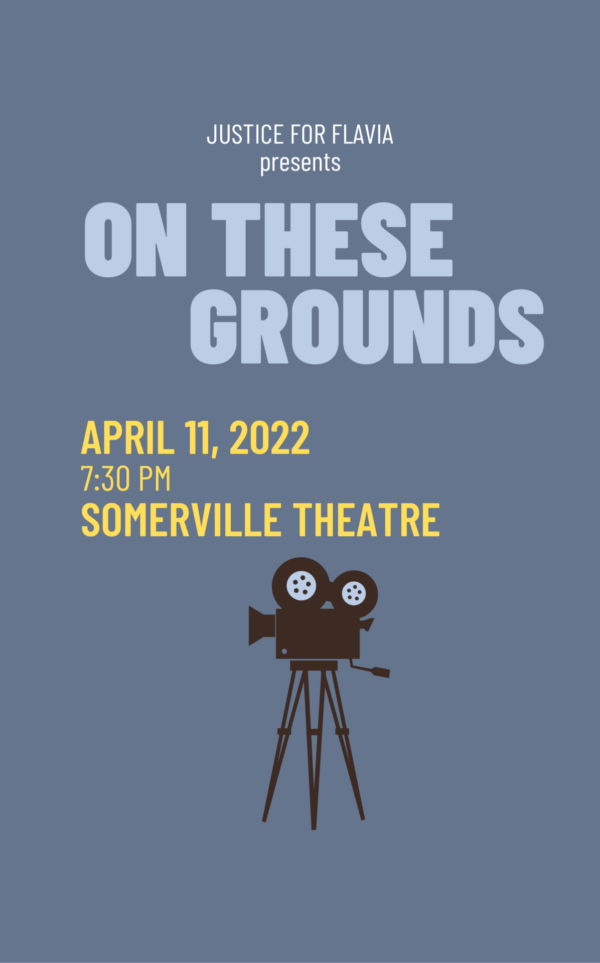 directed by Garrett Zevgetis in partnership with Represent Justice

After the screening, join Justice for Flavia for Q&A and a panel discussion with state and local policy experts, advocates and community members, led by the Hon. Jay Blitzman, previously First Justice of the Juvenile Court – Middlesex Division, and moderated by Somerville resident Flavia Peréa, whose 6-year-old son was reported to the police by the Somerville Public Schools in first grade.

We will examine and answer your questions about school policing in Somerville and across Massachusetts, and share data-driven, evidence-based, community-driven efforts underway to promote student health and safety by limiting interaction between students and police in school.


ON THESE GROUNDS Tickets