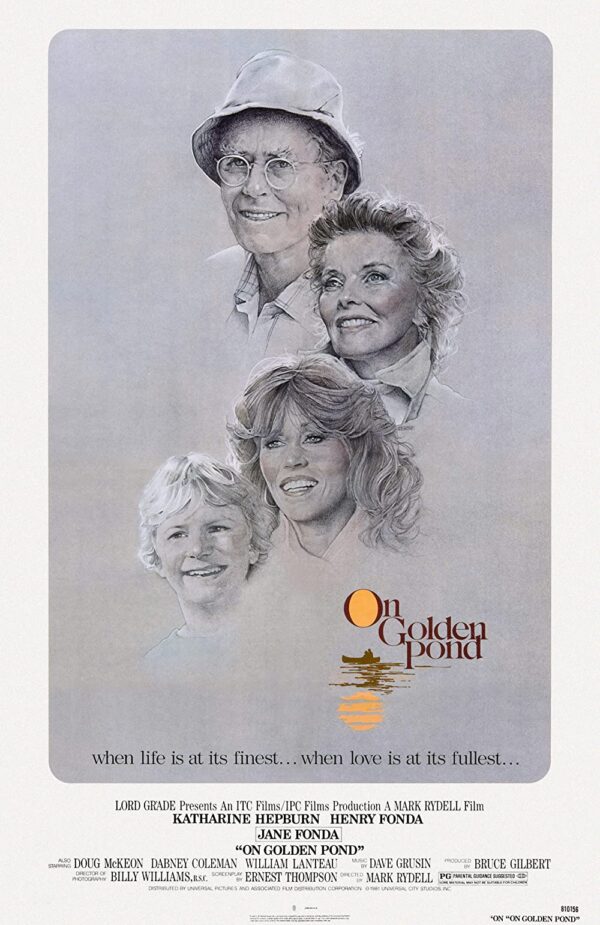 Cantankerous retiree Norman Thayer (Henry Fonda) and his conciliatory wife, Ethel (Katharine Hepburn), spend summers at their New England vacation home on the shores of idyllic Golden Pond. This year, their adult daughter, Chelsea (Jane Fonda), visits with her new fiancée and his teenage son, Billy (Doug McKeon) on their way to Europe. After leaving Billy behind to bond with Norman, Chelsea returns, attempting to repair the long-strained relationship with her aging father before it’s too late.

On Golden Pond is playing on 35mm as part of a double feature with Stand By Me on 35mm.