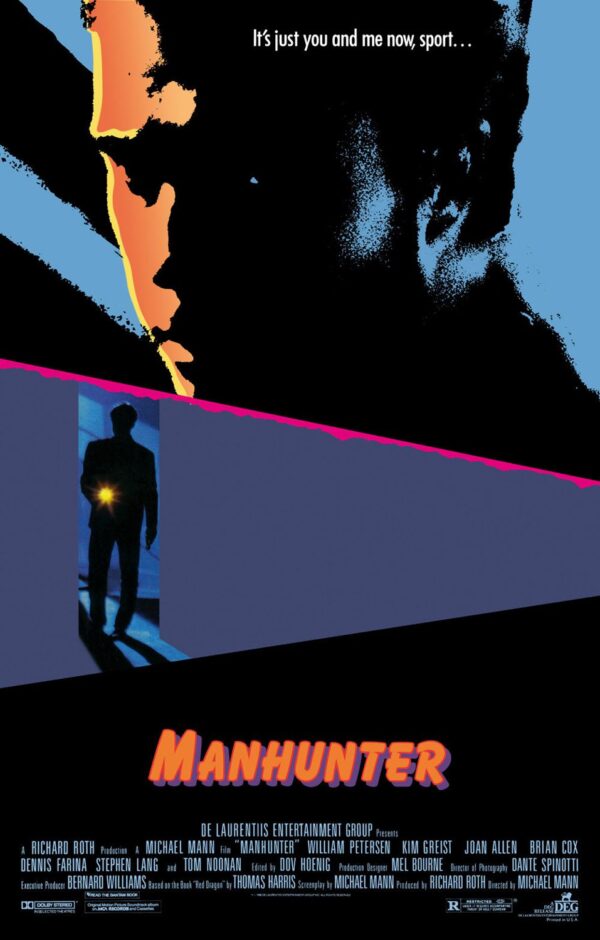 The film focuses on FBI profiler Will Graham (William Peterson) coming out of retirement to lend his talents to an investigation on Dollarhyde, a killer known as the Tooth Fairy. In doing so, he must confront the demons of his past and meet with Hannibal Lecktor, who nearly killed Graham.

MANHUNTER is showing in 35mm as part of a Michael Mann double feature with HEAT (35mm).