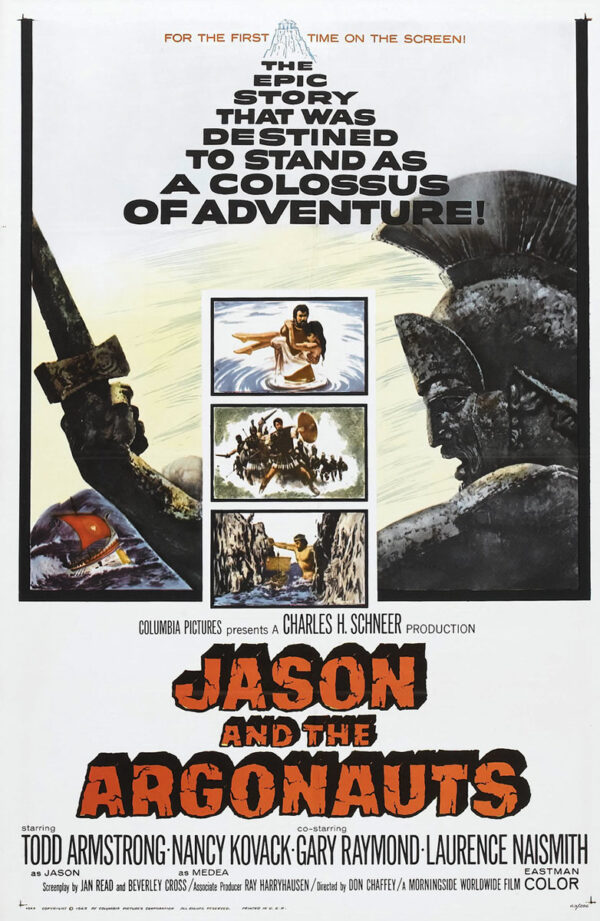 Jason and the Argonauts was released in 1963 and loosely retells the Greek myth of Jason. After saving the life of his royal father’s usurper, Jason is encouraged by the conniving murderer to begin a dangerous quest in search of the fabled Golden Fleece.

The film features some of the most notable special effects devised by stop-motion animator Ray Harryhausen. One of the film’s most memorable scenes, the battle between Jason and two Argonauts and an army of skeletons, took Harryhausen four months to create.

Jason and the Argonauts will play in 35mm.

JASON AND THE ARGONAUTS Tickets