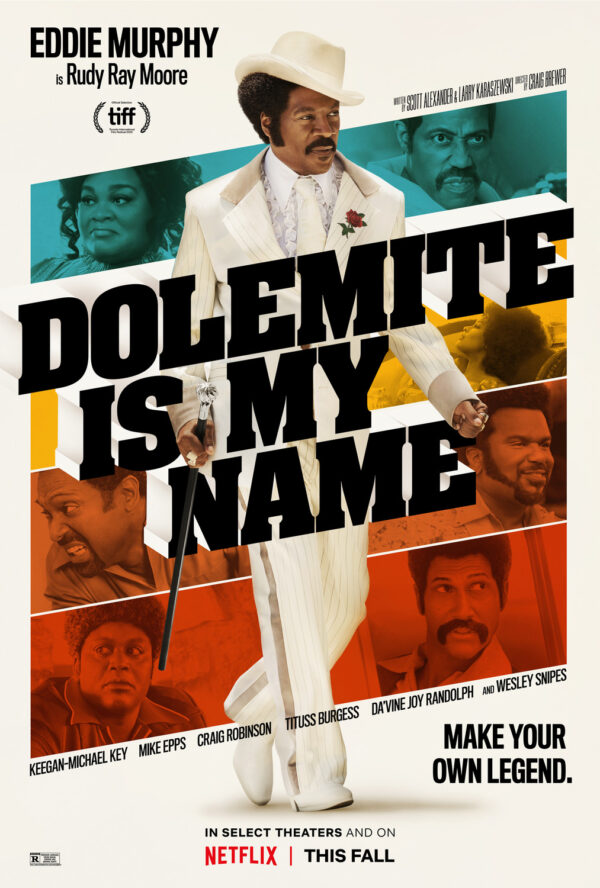 Dolemite Is My Name (2019) is a biographical comedy starring Eddie Murphy as filmmaker Rudy Ray Moore. Moore was best known for having portrayed the character of Dolemite in both his stand-up routine and a series of blaxploitation films, beginning with 1975’s Dolemite. Moore’s character Dolemite was a pimp who delivered profanity-filled rhyming poetry, which later earned him the nickname “the Godfather of Rap.”

DOLEMITE IS MY NAME Tickets