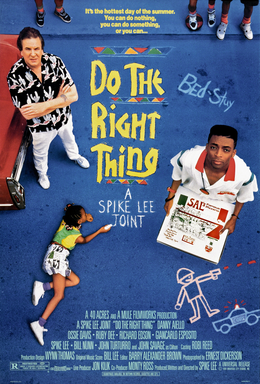 First up is Do the Right Thing. Lee produced, wrote, directed, and starred in this film which explores a Brooklyn neighborhood’s simmering racial tension between its African-American residents and the Italian-American owners of a local pizzeria, culminating in tragedy and violence on a hot summer day

Do the Right Thing is playing in 4K and will be followed by Crooklyn in 4K.

DO THE RIGHT THING 4K Tickets