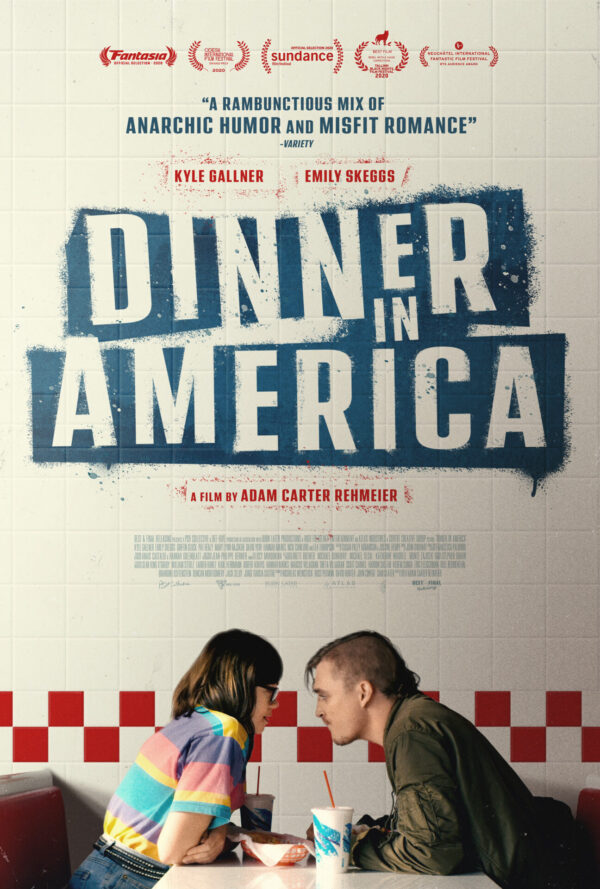 An on-the-lam punk rocker and a young woman obsessed with his band go on an unexpected and epic journey together through the decaying suburbs of the American Midwest.

Dinner in America is an indie film and critical success. It premiered at the Sundance Film Festival in 2020 and was released earlier this year. You may have missed its moment on the big screen, so we’re bringing it to the Somerville for one night only on September 26th.