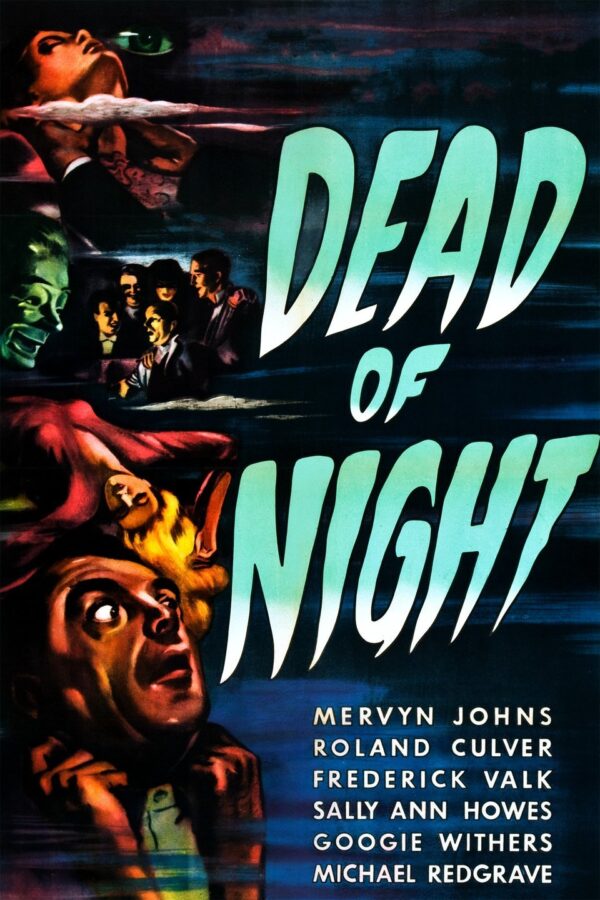 Dead of Night is a 1945 black and white British anthology horror film. The individual segments were directed by Alberto Cavalcanti, Charles Crichton, Basil Dearden and Robert Hamer. It is a rare British horror film of the 1940s as horror films were banned from production in Britain during the war.

Dead of Night is playing with Creepshow (35mm). This double feature is showing as part of Julia Marchese’s Halloween Hullabaloo 2: Electric Boogaloo.