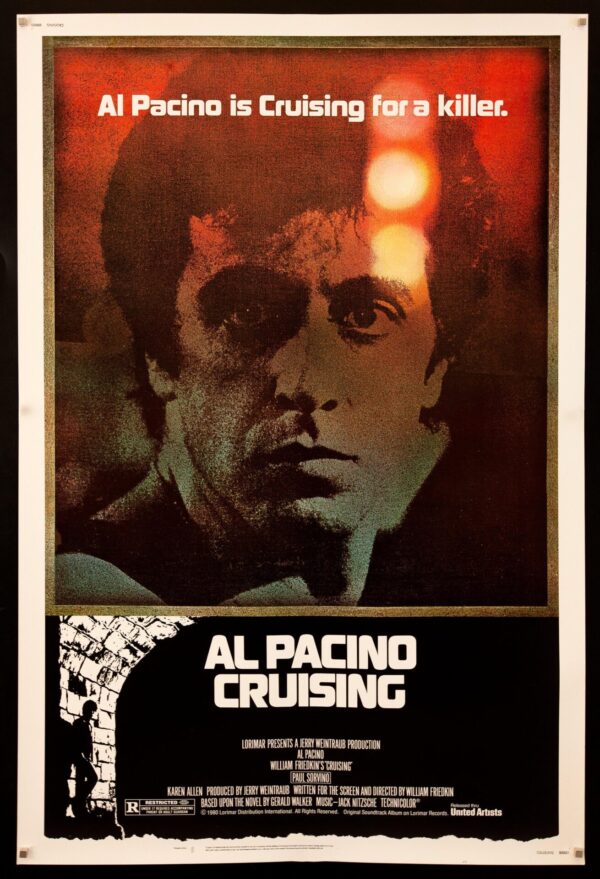 Cruising is a 1980 crime thriller starring Al Pacino as a New York City detective who goes undercover in the city’s S&M clubs to track a serial killer targeting gay men in the late 1970s.

Believing the film to be homophobic, gay rights advocates protested during the film’s production, with people holding mirrors on rooftops to ruin the lighting and blasting music, whistles and air horns near filming locations. Protests continued after its release.

Opinions on the film have evolved over time with critics and historians citing its place in queer cinema history and filmmakers including Quentin Tarantino, the Safdie brothers and others naming it amongst their influences.

Our 35mm double feature of Cruising and Windows was suggested to us by a longtime customer (Hi, Joe!). We’re playing these films in the days before the new movie Bros opens, reflecting on how Hollywood perceives gay culture, both 40+ years ago, and now today.

Plus, these are titles that rarely play, which is always part of our unofficial mission.