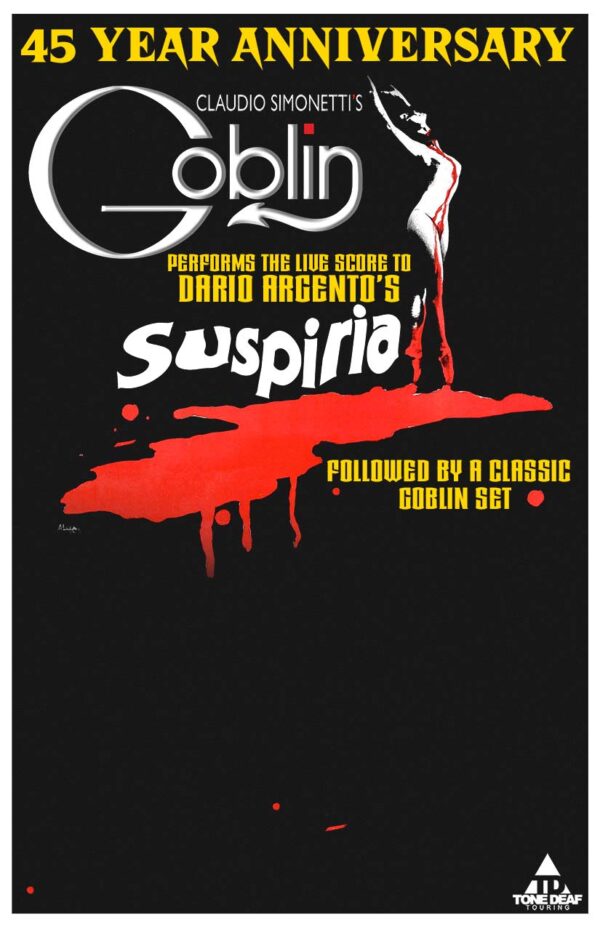 The screening will be followed by an additional set of classic Goblin tunes.

Suspiria is recognized as one of the most influential films in the horror genre. It is a 1977 Italian supernatural horror film directed by Dario Argento, who co-wrote the screenplay with Daria Nicolodi. The film stars Jessica Harper as an American ballet student who transfers to a prestigious dance academy but realizes, after a series of brutal murders, that the academy is a front for a supernatural conspiracy.

The film is the first of the trilogy Argento refers to as The Three Mothers, which also comprises Inferno (1980) and The Mother of Tears (2007). Suspiria is known for its visual and stylistic flair, use of vibrant colors and its score by Argento and progressive rock band Goblin.