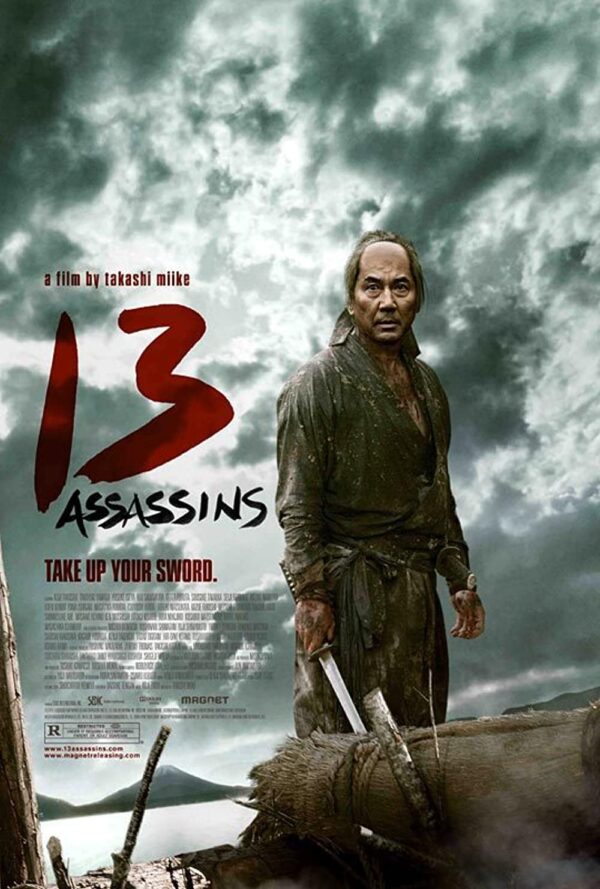 Based on historical events, Shinzaemon Shimada leads a team of assassins in 19th-century Japan to eliminate the ruthless Lord Naritsugu Matsudaira, who is wreaking havoc against his own people. Hired secretly by a government official hoping to end Matsudaira’s reign of terror, Shimada recruits the best samurai in Japan and then sets a trap for the lord’s large contingent of faithful bodyguards.

13 Assassins will be playing in 35mm.